On September 7, 2013, Patricia Marshall celebrated her 60th birthday with her family while participating in the Tell Every Amazing Lady (T.E.A.L.) Walk/Run in Prospect Park.  Six weeks earlier, she had completed her last round of chemotherapy for ovarian cancer.  Team Sunshine Power, which included her sister, two daughters, two stepsons, her niece, and their partners, travelled from Pittsburgh, California, Toronto, and New York to join Patricia and her husband, who had flown from Florida for the event.  For all of them, it marked a happy turning point in what had been a difficult journey.

In November 2012, Patricia was running a small business in Central Florida, selling five blends of low-salt spices, when she started feeling discomfort in her lower abdomen.  When she woke up in the middle of the night in intense pain, she knew she needed to see a doctor.  A former nurse, she suspected a problem with her bladder, but tests indicated that everything was fine there.  A CT scan did show a cyst on her ovary, and she was referred to a gynecologic oncologist.  When Patricia entered the doctor’s office and saw all the patients in the waiting room, she never imagined that she might be facing cancer herself.  Her blood tests to measure levels of CA125, a marker for ovarian cancer, were completely normal.

Patricia had surgery to remove her cyst on March 1, 2013.  When she woke up in the recovery room, she knew immediately that something was wrong.  Her operation should have been over by 9:30 am, but the clock showed that it was already past noon.  The tissue sample from her cyst could not be identified and had to be sent to another location for further tests.  After anxiously waiting three weeks for the results, Patricia learned that she had a Brenner tumor, a very rare form of ovarian cancer.  Approximately 22,000 women are diagnosed with ovarian cancer each year in the United States.  Only a few hundred develop Brenner tumors, and less than 5% of those are malignant.  Not much is known about this type of ovarian cancer, which is treated in the same way as other more common forms that develop on the outer surface of the ovary.

Patricia’s tumor was classified as stage 1, grade 3, which meant that it was caught early, but that she would need to undergo chemotherapy.  For Patricia, this was an enormous shock.  Telling her mother, who was 91 years old at the time, that she had cancer was the hardest thing she has ever had to do in her life.  The day after her diagnosis, she and her husband travelled to Philadelphia for Passover, where she saw a pair of fabulous yellow shoes.  Since yellow has always been her favorite color, she purchased them as her fighting shoes, and they helped carry her through her treatment and recovery.  She also wore a yellow shirt on the days she went in for chemotherapy, while her family wore yellow bracelets.

On Mother’s Day that year, her family came to visit her in Florida, and Patricia decided she wanted to celebrate her 60th birthday in New York.  Her niece, then a student at Columbia University, found the T.E.A.L. Walk/Run online, and Team Sunshine Power, named in honor of Patricia’s favorite color and home state, was born.  On her birthday, her daughter and son-in-law from New York, her stepsons, and two of her daughter’s friends ran the 5K, along with a Labradoodle and her 1-year-old granddaughter in a jogging stroller.  They then joined the rest of Patricia’s family for the walk around the park.  It was an amazing experience for Patricia and the biggest event of its kind that she’s ever been involved with.  Especially meaningful was the opportunity to meet other ovarian cancer survivors, including a young woman who had been diagnosed in her early 20s, and to realize that the disease can affect women of all ages.

After almost a year in remission, Patricia is doing well.  She’s joined a local support group for women with ovarian cancer, goes in for checkups every three months, and has been told by her doctor that she’s likely to remain cancer-free.  She recently celebrated the second birthday of her granddaughter and the birth of two more.  Patricia had genetic testing, and no mutations in the BRCA gene, which accounts for about 15% of ovarian cancers, were found.  And although the effects of chemotherapy have resulted in some memory loss and her spice business may be forced to close, she’s benefited from a positive and unexpected side effect.  Sometimes, when she’s quiet and by herself, maybe driving to visit her mother, she feels intense moments of utter and complete joy that have not abated since she’s completed treatment.

Patricia listened to her body and was lucky that her cancer was caught early.  Symptoms of ovarian cancer can be vague, but are often characterized by digestive or bladder problems or by abdominal pain, discomfort, or bloating.  As a former nurse and an ovarian cancer survivor, Patricia feels that the most important message she could tell every amazing lady is to pay attention to what your body is telling you.  If there’s something bothering you, don’t ignore it, and don’t be afraid to get it checked out. 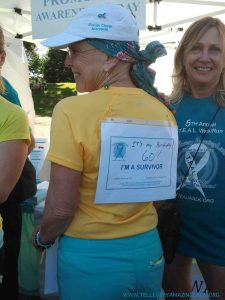 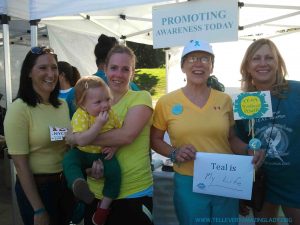 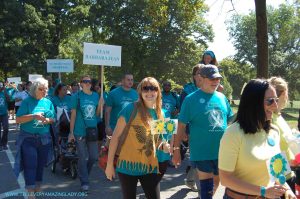 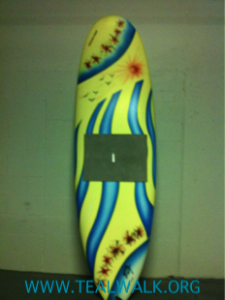 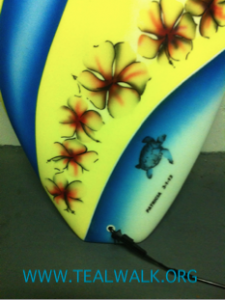