I did not know much about ovarian cancer until I met my boyfriend, Eric. He had just lost his mom four months before we met, and it was on our first date that I learned about the devastating affects of the disease. Even more tragically, she had recognized the symptoms she was having, but dismissed them until it was too late for early detection.

I learned so much about this disease through her passing; it can be any woman, at any time in her life, when she can receive this diagnosis. Anytime I hear about ovarian cancer, or hear of a woman diagnosed with the disease, it is a reminder to me of a woman who means so much to the man I love, yet, I never had the chance to meet.

As a result, I am running for Team Tell Every Amazing Lady® in the TCS NYC Marathon. My goal, first and foremost, is to raise awareness for early detection of ovarian cancer, and second, to cross that finish line for the second time since 2016, and this time, in under five hours!

Running is my anti-drug and my stress reliever. It is my source of “me time.” I began running while in college, just to relieve stress, and it became a source of personal achievement and a healthy lifestyle.

My hope for saving more lives from ovarian cancer is to have screenings included in a woman’s yearly OB/GYN physical, and raise as much attention for screening this disease as much as breast and cervical cancer have seen.

To any woman diagnosed with ovarian cancer, you are not alone in this fight! There are resources and support for you, and everyone is rooting for you to make this a small bump in your path! 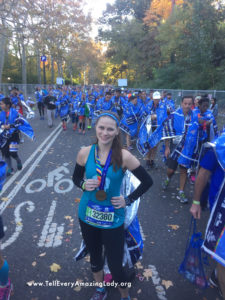 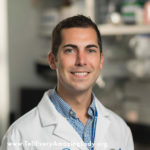 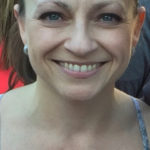