On March 17, Krysten Corcoran ran the 2019 United Airlines NYC Half as part of Team Tell Every Amazing Lady®. She raised an impressive $1,325 – well over her fundraising target – and also achieved her goal of completing the half-marathon at a steady pace, injury-free.

It was the nicest of the three courses she’s ever run. And it was a great way to honor her mother Josephine, who has been fighting ovarian cancer for the past two years and inspiring her family and friends with her courage and strength.

Both mother and daughter are committed to walking and running for their health. Team Jo first participated in the Brooklyn T.E.A.L.® Walk in 2017, boasting T-shirts with the cheeky slogan, “Think outside the bra, check your box!” Their message was clear: we need to pay as much attention to ovarian cancer as we do to breast cancer. Krysten, who currently works at Athleta while finishing up her college degree, is a serious half-marathoner. Her goal is to run her first full marathon, hopefully with Team T.E.A.L.®, to honor her mother and raise even more money for ovarian cancer. Now she’s motivated Josephine to track her steps and walk 3 miles every day.

Josephine’s worked throughout her career as a nurse – and she’s especially loved being in the emergency room. When she went through her first round of chemo, her co-workers at Staten Island University Hospital recorded a music video of the Journey song “Don’t Stop Believing” for her that went viral. She’s currently taking some time off – and has been fostering puppies in her spare time – but really misses being on the job.

As a lifelong advocate for women’s health, Josephine wants to tell every amazing lady to get themselves checked regularly, listen to their bodies, and speak up if something doesn’t feel right. She knows from experience that “where there’s smoke, there’s fire.” That’s become her new motto as she strives to raise awareness about ovarian cancer and its symptoms. In her case, urinary frequency was the first sign that something was off.

Josephine also urges women who are diagnosed with ovarian cancer to see a gynecologic oncologist, preferably at a major cancer center. Find the best surgeon possible and demand to receive the best treatment for your specific case. Having a skilled gynecologic oncology surgeon can make ALL the difference in the world.

Josephine will keep fighting. She’s grateful to T.E.A.L.® for promoting awareness, as well as for funding research to expand treatment options and ultimately find a cure. She’s in it for the long haul – just like her daughter Krysten, the marathon-runner. 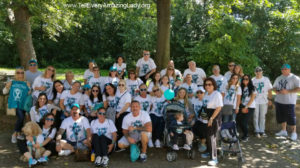 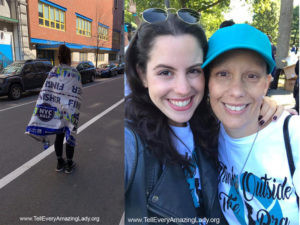 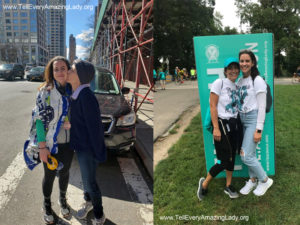 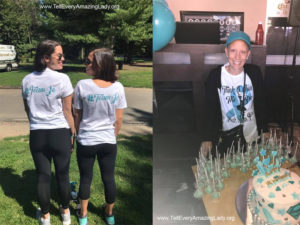