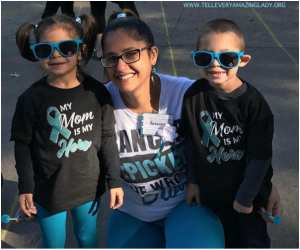 Nine years ago, at the age of 25, Rosanna Logozzo was diagnosed with ovarian cancer.  Coming two months after her wedding, the diagnosis was doubly difficult.  In addition to dealing with a life-threatening illness, she also faced the possibility that her dream of becoming a mother might never be fulfilled.

Children were already a big part of Rosanna’s life.  She worked as a second-grade teacher in Brooklyn, was close to her nieces and nephews, and planned to have kids of her own.

It was difficult to find people who understood her situation.  The doctors she consulted were focused on eliminating the cancer and wanted to give her a full hysterectomy.  She wished she could talk to other young women who, like her, were confronting a sudden loss of fertility.

After getting a third opinion, she finally found a doctor who listened to her priorities and took her life after cancer into account.  Rosanna knew that her ovaries had to be removed, but she wanted to keep her uterus.  Her doctor agreed to try.

The first thing Rosanna heard after waking up from surgery was her doctor’s reassurance: “I saved your uterus.”

A few years later, post-chemo and cancer-free, Rosanna started in vitro fertilization using donor eggs.  She became pregnant on the first try and gave birth to a healthy twin boy and girl, Alexa and Nicola—her miracle babies—at the end of 2013. 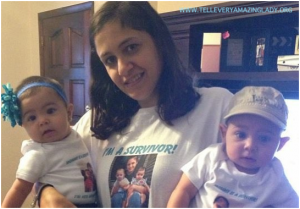 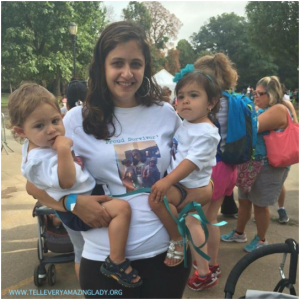 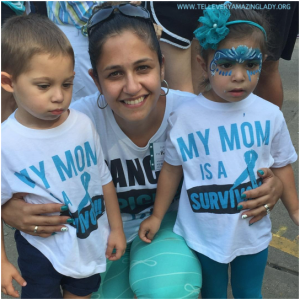 Today, Rosanna lives with her family in Bergen Beach and has found a thriving community of ovarian cancer survivors through T.E.A.L.®  She’s participated in the annual T.E.A.L.® Walk and 5K Run in Prospect Park since 2011 and considers it an amazing experience to see so many people—literally a sea of teal—as the event continues to grow.  This year, her team Rosanna’s Angels numbered about a dozen relatives and won the award for best team sign. 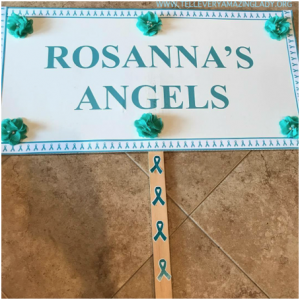 She’s also been involved in many of T.E.A.L.®’s outreach efforts and events, including the ringing of the New York Stock Exchange opening bell, YouTube campaigns, and Awareness Day at Citi Field.  Although she wishes she had had T.E.A.L.® as a support system years ago, she’s thankful now to have discovered an extended family of survivors who share her experience. 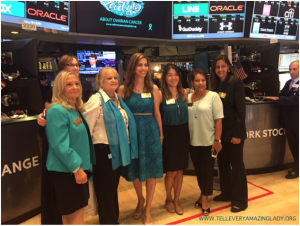 Rosanna wants to tell every amazing young lady who may be facing ovarian cancer:  “Stick up for your rights.  Don’t think you have limited options, and find a doctor who can understand things from your point of view.”

Against the odds, Rosanna ended up giving birth to twins, and a friend she met during treatment adopted two children to become a mom.  As she discovered firsthand, everyone has a different path, and miracles can happen.

© Copyright 2021 TEALWALK.ORG. All Rights Reserved.
0
Around the world with SchernFeatured Stories
T.E.A.L.® Runners for the 2018 United Airlines NYC Half: John BertucelliFeatured Stories