On September 22, 2018, Wonder Woman will make a special appearance at the 5th Annual Savannah T.E.A.L.® Walk in honor of Camille Rogers. Camille’s daughter Faith, who likes to cosplay in different princess costumes, calls her mother her hero and original Wonder Woman.  She will be debuting a special teal Wonder Woman outfit at this year’s walk as part of Team Teal for Camille, which also includes her younger sister Hope. 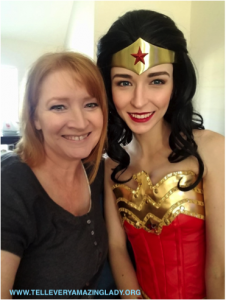 (Camille and her daughter Faith)

Faith and Hope have been incredibly supportive of their mother, who is fighting a rare form of ovarian cancer.  Three years ago, after discovering that she had a mutation in the BRCA2 gene, which increases the risk of developing ovarian or breast cancer, Camille chose to have a full hysterectomy as a preventative measure and to remove her uterus, fallopian tubes, and ovaries.  During the procedure, she was diagnosed with stage 1 ovarian cancer, but her doctors were confident that the cancerous tissue had been removed. 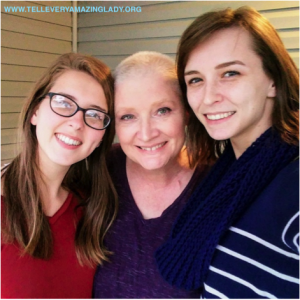 Camille then began experiencing discomfort in her abdomen, which went misdiagnosed for six months. On April 20, 2017, she underwent surgery and was found to have developed stage 4 ovarian cancer, despite having a hysterectomy.  Seven tumors and six liters of peritoneal fluid were removed, and Faith and Hope stepped up to take care of their mother during her recovery and chemo treatments. 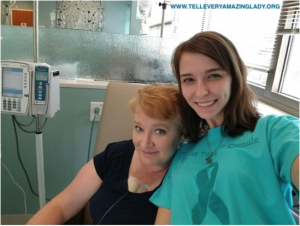 Amazingly, Camille completed a 5K for ovarian cancer awareness last fall, two weeks after finishing her first course of chemo.  She was awarded the event’s No Excuses medal – proving that there are “no excuses” for not signing up for a 5K.  And this year, she is excited to be participating in the Savannah T.E.A.L.® Walk and to meet more survivors like her – wonder women and amazing ladies who are making a difference while keeping up the fight against ovarian cancer. 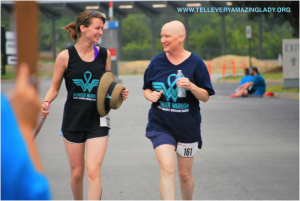 During the work week, Camille is a professor at Georgia Southern University, where she teaches computer information systems technology.  In her spare time, she is committed to raising awareness for ovarian cancer and to spreading the message that it’s always important to pay attention to unusual symptoms that persist for more than a few weeks.  Sometimes there won’t be an obvious explanation: Even if you don’t have ovaries, you can still get ovarian cancer.  And a Pap smear only screens for cancer of the cervix. 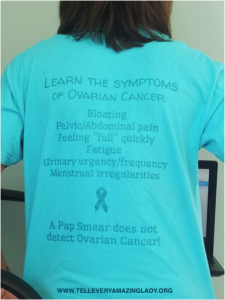 Camille is currently finishing a second course of chemo for a recurrence, and is hopeful about new medications that are emerging and on the horizon.  She’s heard promising things about a class of drugs called PARP inhibitors that have recently been approved for some women with advanced ovarian cancer.  And she’s optimistic that, with further research, additional therapies will become available to help patients. 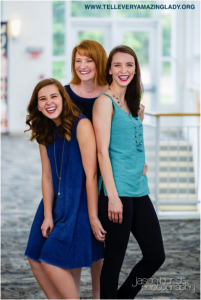 Supported by Faith and Hope, Camille is an inspiration to women in her Georgia community and beyond.  Although her daughter will be the one wearing the teal Wonder Woman costume on September 22, everyone at the Savannah T.E.A.L.® Walk will know who is really leading the way. 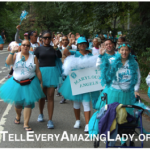 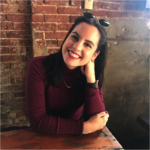 T.E.A.L.® Runners for the 2019 United Airlines NYC Half: KrystenFeatured Stories