Music played a huge role in Andrea “Annie” Roberts’ life.  According to her sister-in-law, Dr. Andrea Silverstein, Annie had a voice like an angel.  She liked all kinds of music, ranging from Barbra Streisand to classical to soft rock.  Her sister Marci remembers her as a child serenading her extended family from a balcony overlooking her grandmother’s dining room while everyone was seated for holiday meals.  As an adult, Annie worked as a music teacher, before becoming a music director at a private school.  And when she first met her husband Michael, a composer for musical theater, television, and film, the two immediately bonded over music.  They soon found that they shared other interests as well, including traveling, animals, and good food and wine.  Michael always asked Annie to weigh in on his latest musical compositions, and by all accounts, the two were perfect together.

Annie had a great sense of humor, a real inner beauty, and a lot of common sense.She was extremely close to her sister Marci, brother-in-law David, and their three daughters Laurel, Audrey, and Rachel. She was also very close to her two sisters-in-law, Babette and Andrea, who lived nearby in New York.She formed special bonds with Andrea’s daughters, Hailey and Amanda, and two young nephews, Bennet and Brent, who adored her.Two cats and two dogs rounded out Annie and Michael’s close-knit family.

When Annie was diagnosed with ovarian cancer in 2011 at the age of 41, it was a case of genetic bad luck.  Annie was very health-conscious, ate well, and exercised regularly.  She and Michael were preparing to visit Michael’s parents in Las Vegas when she went to the emergency room with what she thought was a stomach virus.  The doctors also believed that she was suffering from a simple gastrointestinal problem, but they soon discovered that she had stage IV ovarian cancer.

The cost of genetic testing varies and may sometimes be covered by insurance.  Some women who have tested positive for a BRCA mutation may choose to have preventive surgery to reduce their chance of developing cancer in the breasts or ovaries.  Angelina Jolie is a very public figure with a BRCA mutation who recently opted to have a double mastectomy to remove both of her breasts.  Other women may consider a salpingo-oophorectomy, which removes the ovaries and fallopian tubes.  Although these surgeries can prevent cancer from developing in many women with BRCA mutations, they do not entirely eliminate the risk of cancer since not all of the potentially vulnerable tissue can be removed.  Still, had Annie Roberts known earlier in her life that she carried a BRCA2 mutation, she may well have opted to undergo one of these procedures.  And she would have wanted to tell every amazing lady with a family history of breast or ovarian cancer to get genetically tested.

After her diagnosis, Annie fought for almost three years.  She underwent two surgeries and multiple chemotherapy treatments, and she enrolled in a clinical trial to test an experimental drug with chemotherapy in Maryland.  She started hospice care at home on February 1, 2014 and maintained her strong sense of self during the last weeks of her life.  She let visitors know that she would enjoy flowers to decorate her room, kept her cats and dogs in bed with her, and organized her own memorial.  She chose the songs she wanted played and the format of the program.  The entire family helped plan a memorial that met Annie’s wishes.  On February 15, she passed away at the age of 43.  The memorial services were well attended by Annie’s family, friends, colleagues, students and their families.  The biodegradable urn containing Annie’s ashes was placed in the ground to fertilize a tree at the animal shelter where Annie and Michael adopted their dogs.

After Annie’s passing, her family’s involvement with T.E.A.L.® continued.Annie had initially found out about T.E.A.L.® after her diagnosis, and she was able to participate in two of T.E.A.L.®’s annual walks as part of Team Annie, with her sister-in-law Babette serving as team captain.In 2014, her sister-in-law Andrea launched an annual fundraising event for T.E.A.L.® to honor Annie’s memory. An administrator at a middle school, she got her students involved by talking to them about ovarian cancer, chemotherapy, and the experience of Annie passing away in an effort to raise awareness. The students were very curious to learn more about the disease, and about 30% wore clothes with the color teal to school to support ovarian cancer research and Andrea’s fundraising event. Team Annie was able to raise an impressive $2,700 to benefit T.E.A.L.® And in September 2014, Annie’s family and friends participated in their third T.E.A.L.® walk/run for ovarian cancer.Without Annie’s physical presence there to sustain them, it was a bittersweet occasion.

The fundraising event that Andrea is organizing this year is an especially fitting tribute to Annie and her love of music.The Metro Parrot Heads, made up of fans of Jimmy Buffett who are interested in charitable activities and like to have a good time, is the sponsor.In the past, the group has supported other causes including Big Brothers Big Sisters, cystic fibrosis, pancreatic cancer, breast cancer, autism awareness, and fundraising for those affected by Superstorm Sandy.This year’s fundraiser for T.E.A.L.® will take place on May 8, 2015 at Callahan’s on 1964 Hempstead Turnpike in East Meadow, Long Island.It will start at 4 pm, with a happy hour and a free hot buffet until 8 pm.Live music starts at 10 pm, and a raffle and auction will be part of the festivities.For more information, feel free to contact T.E.A.L.® at info@tealwalk.org. 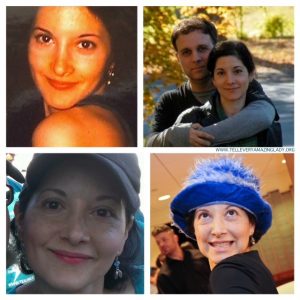