Thursday, August 17th, was not only the last game of the Subway Series but it was also the 6th Annual Ovarian Cancer Awareness Night at Citi Field!

Both teams united to fight Ovarian Cancer and to support T.E.A.L.®. Over 500 T.E.A.L.® supporters, survivors, volunteers and staff walked on the warning track before the game, turning the field teal and raising awareness to both Mets and Yankees fans alike! 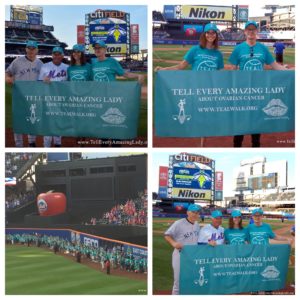