Last Month, T.E.A.L. was invited to an evening with Governor Maggie Hassan for a conversation about Women in Government. The fundraising event, which supported New Hampshire Governor Maggie Hassan’s campaign for re-election, featured cocktails, hor d’erbs, and  discussions about women in government and the current state of New Hampshire. Governor Hassan, who is currently the only female democratic governor in the United States, took questions about her position and her role in government. T.E.A.L.’s presence emphasized the continued importance of women’s health issues in government. 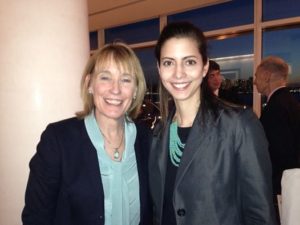