During National Ovarian Cancer Awareness Month (September), T.E.A.L.® has been able to promote our mission in Litchfield and Greenwich, Connecticut. Across the Greenwich town, plus 109 homes and 27 businesses displayed teal lights to raise awareness about ovarian cancer and show solidarity with those affected by ovarian cancer. Plus, the local YWCA has partnered with T.E.A.L.® to promote women’s health, and hosted a program on “How to Prevent and Survive Ovarian Cancer”, with leading surgeons and oncologists from New York Presbyterian Hospital and Yale who spoke and answered questions. The Sound Beach Fire Department participated in spreading awareness by having the exterior of their building illuminated in teal colored lights and an ovarian cancer awareness flag raised.

T.E.A.L.®’s mission was featured in several local news outlets and at the Greenwich Town Hall. The Greenwich Republican Town Council also announced its support of Tell Every Amazing Lady® for National Ovarian Cancer Awareness Month. The Greenwich RTC is dedicated to educating the Greenwich community about the signs and symptoms of ovarian cancer in order to decrease the number of ovarian cancer related deaths. In sponsoring T.E.A.L.®, the RTC hopes to put a spotlight on the disease and encourage women to listen to their bodies. Also taking place in Connecticut , on September 22nd, was our 5th Annual Litchfield, T.E.A.L.® Walk  organized by Hope Assembly #46, International Order of Rainbow for Girls.  Thank you to all Connecticut partners who helped T.E.A.L.® promote ovarian cancer awareness this September! 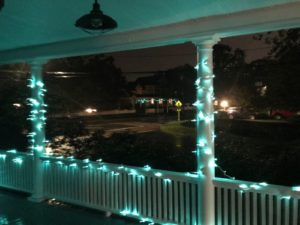 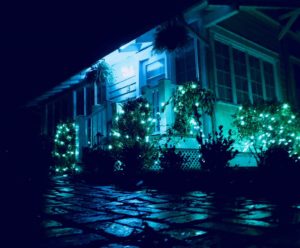