On Friday, April 13th, 2018  there was a  T.E.A.L.®  Press Conference at Grand Army Plaza to commemorate T.E.A.L.®’s “10 Years of Amazing” and T.E.A.L.®’s upcoming gala where the lobby of the Brooklyn Museum would be lit teal. News 12 was able to speak to both CEO & Co-Founder Pamela Esposito-Amery, and Majority Leader of NY City Council Laurie Cumbo about the importance of early detection for ovarian cancer, and the many things  that T.E.A.L.®  has accomplished since its founding 10 years ago. Thank you Majority Leader Cumbo for your support in the fight against this deadly disease! 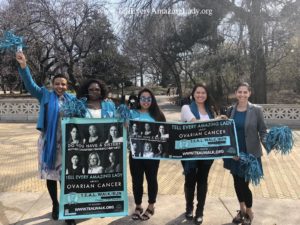 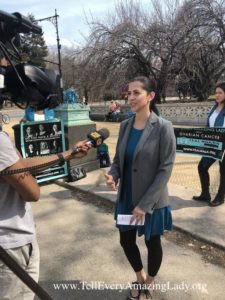