One of T.E.A.L.®’s amazing volunteers , Samantha Radandt and B&R Events helped spread T.E.A.L.®’s message in upstate South Carolina. Samantha with help from Maggie Maher, hosted two amazing events to help raise funds for T.E.A.L.®. While doing this, Samantha also held an online fundraiser as well. One fundraiser was held on September 16th, 2016 at Gringo’s Bar with special guest bartenders Meteroloist Ted Phaeton, Ryan Heafy, Charles Russ, and Josh Royston. The other fundraiser, a Southern Gala TEAL Soiree was held on October 19th, 2016 at Ruth’s Chris Steakhouse in Downtown Greenville. Thank you to Jenny Hawkins from Ruth’s Chris Steakhouse for letting them use your space and JHM Hotels for donating the wine! In total, Samantha was able to raise a grand total of $2400. Thank you so much Samantha for all that you do! 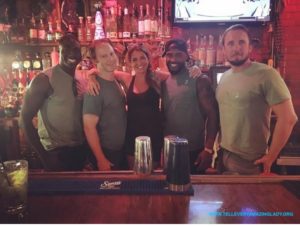 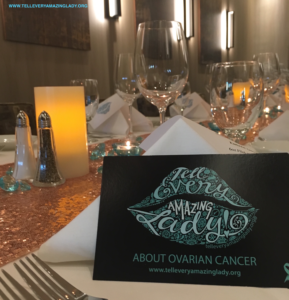