T.E.A.L.® made great strides in drawing public attention to National Ovarian Cancer Awareness Month thanks to its 2016 T.E.A.L.® September Awareness Campaign. T.E.A.L.® partnered with ®Turn The Towns Teal which provided ribbons to decorate trees in cities and towns across the United States. T.E.A.L.® joined forces with local businesses, schools and organizations in NYC and beyond to spread awareness about this disease by posting information in their storefronts and placing T.E.A.L.® Bows on the doors and trees in front of their establishments.

Throughout the month of September, some businesses also supported our efforts by running specials or other promotions to help us draw attention to this disease. We also continued our annual tradition of lighting buildings and monuments the color teal with a new addition of NYC’s City Hall! Plus, T.E.A.L.® celebrated the courage of Ovarian Cancer survivors and the strength of the families who’ve been touched by the disease, while spreading awareness to the public during the Annual T.E.A.L.® Walk/ Runs for Ovarian Cancer in many cities across the USA. To see pictures for the September Awareness Campaign click here. Below is the September Awareness Campaign List of Partnering Businesses/Organizations. 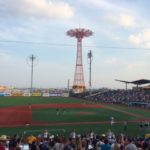 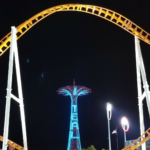