The Maimonides Medical Center partnered with T.E.A.L on May 22nd, in Bay Ridge, to provide an Ovarian Health Symposium for the community. The event included not only a free dinner but also ovarian health information! Samantha Cohen, a gynecologic oncologist, spoke at the event as well. Dr. Cohen is a founding member of the Ovarian Cancer Translational Research Program at Mount Sinai Hospital, which is now a multicenter consortium. She specializes in the diagnosis and treatment of gynecologic cancers like uterine, ovarian, and cervical cancer, and she has received multiple awards for her excellence in medicine. At the event with T.E.A.L she discussed gynecological health issues affecting women of all ages in the community. Further, she spoke about what measures women can take in order to take better care of themselves.

Pamela Esposito-Amery, the executive director and co-founder of T.E.A.L, shared her story about starting the foundation with her sister Louisa. Though Louisa had classic signals of Ovarian Cancer, she was unaware about the disease because she was not familiar with the early warning signs and risk factors. Though Ovarian Cancer is difficult to diagnose, Pamela is passionate about spreading awareness by Telling Every Amazing Lady. Through events like this one and the T.E.A.L walk, taking place on September 7th in Prospect Park, Pamela spreads knowledge about Ovarian Cancer facts.

During the event, Lawrence Esposito accepted a memorial plaque in honor of Louisa, from the Maimonides Medical Center. Lawrence is the father of both Louisa and Pamela. 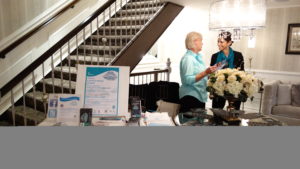 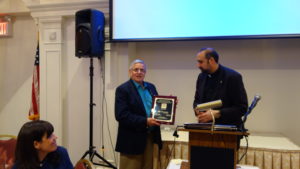